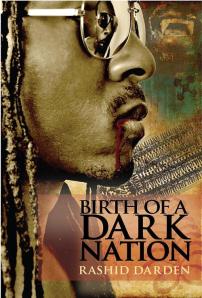 Justin tensed up and peered out of window. A uniformed security guard and another woman walked out of the house. The small white woman wore a long black coat, a Baltimore Orioles baseball cap, and ear buds in her ears. She locked the door behind her. The guard got into the company issued sedan and sped off. The woman got on a bicycle and rolled by us at a moderate pace.

“I got this,” he snapped back. He made a quick U-turn and stayed about half a block behind the woman as the pedaled through the neighborhood. She never looked back once.

We followed her through Rock Creek Park as she neared Georgia Avenue, pedaling slightly harder and slightly faster.

“I think so, too,” Justin said. He accelerated as she sped across Georgia Avenue onto Missouri, pedaling furiously.

“I know,” Justin replied. “Relax, we’re in my territory now.”

Justin was right behind her as she turned onto Fifth Street. She pedaled as fast as a superhuman could and we were on her tail. We both ran through red lights.

Justin’s fangs began to elongate as he concentrated on the road.

“You hop out as soon as I go past her,” he instructed.

“You hop out of this truck as soon as I pass her!”

Justin ignored us and put his pedal to the metal just as we reached Coolidge High School, a large colonial style building with red brick and slanted green roofs. A huge, modern gymnasium was attached to the building on its far side.

We passed the woman just on the other side of Coolidge and she hopped off her bike, running through the parkland next to the gym.

“Get her, bitch!” Justin screamed at me.

Without argument, Dante and I bailed from the truck and hit the ground, tumbling a few times but hopping right back up in pursuit of the vampire. Justin sped off down the street. Our stakes were in our hands, ready for action.

To help bring this book to life, please click here to donate.