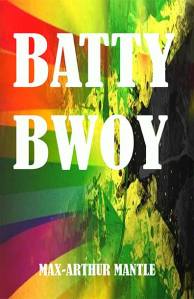 It was after midnight. Mark forced his frail, slender body through his bedroom window, climbed down the grill and scaled the wall to meet Anthony at the corner of Chosen Few Avenue. Daphne and his sister were asleep. He didn’t want to wake them by going down the stairs and opening the front door. He climbed the wall because the gate also squeaked. They planned all week to go to the Stone Love street dance. Anthony who lived in Duhaney Park, wore black jeans ripped at the knees and a red shirt painted with graffiti. The neon green thick laces in his high top sneakers matched his baseball cap. Mark wore blue stonewashed jeans with a faded yellow polo shirt. He slipped on his only pair of dress shoes and wore them without socks because it was cool to do so.

They walked down Maytals Crescent towards the vibrating sound system at the intersection of Bob Marley Boulevard where a rowdy crowd gathered. People danced in the blocked streets like it was an open nightclub. Boys sat on curbs smoking Craven A cigarettes, drinking Red Stripe beer and calling the girls who showed off vulgar dance moves; kicking up their legs with the crotch of their panties winking. Men roamed the crowd looking for available women to fondle. Women stared at each other, criticizing what they were wearing or had done to their hair. They peeled the greasy skin off jerked chicken bought from the sweaty man turning the meat over a smoky steel drum. Rasta men with long knotty white beards peddled sugarcane and ital peanuts. Fat, screwed faced women sat over boiling soup pots with crab legs sticking out. The crowd cheered the deejay’s selections, Shabba Ranks’ “Mr. Loverman,” “Tinga-Tinga-ling” and “Trailer Load a Girls,” banging street signs and lighting firecrackers while neighbors who saw themselves as upstanding citizens. slammed their front door in contempt.

Anthony saved five dollars from his lunch money for peanuts. Mark had fifteen to buy jerk chicken and sugarcane. They walked through the crowd, reveling at the antics. Unknown faces from other neighborhoods invading theirs. Mark saw Levi with a cigarette in one hand and a beer bottle in the other.

“Yuh moda gwaan skin yuh alive if shi fine out sey yuh de yah,” Levi teased.
Anthony took Levi’s cigarette, blew the smoke through his nose and puffed circular clouds in the air. He handed the cigarette to Mark. He shrugged, but the boys challenging stares compelled him to put the wet butt between his lips and inhaled, swallowing the smoke. He coughed violently. The boys laughed.

Levis saw Cynthia and whisked her away for a dance. His hands tightened around her waist then slipped down to her meaty bottom. He pinned her against a speaker and grinded between her legs. She raised her leg behind his back and wined into him, bobbing and weaving, her hair falling out of the hairdo she had piled on top of her head. The speaker vibrated her body into his and their hips dipped to the rhythm. She buried her face into his chest while he rested his chin on her head. Mark watched Levi’s penis growing in his pants, rubbing against her crotch. It excited him. Cynthia saw him staring and he quickly looked away.